Prince Edward Island is postcard perfect. Known as the Garden of the Gulf for its temperate climes and land that nurtures both people and wildlife, vivid images of sprawling red-sand beaches and farm fields plaster tourism billboards across the country.

Given its reputation for heart-stopping landscapes and seaside stewardship (not to mention the picturesque home of Anne of Green Gables fame), it might surprise you to learn that the province has the smallest percentage of publicly owned protected lands in Canada, at just 3.5 per cent. The reason? Almost 90 per cent of P.E.I.’s landscape is privately owned, and largely unprotected. That’s why, Ducks Unlimited Canada and other conservation organizations have teamed up with the province to more than double the island’s provincially protected lands.

Recently, the Province of PEI, in partnership with DUC and the Souris and Area Branch of the PEI Wildlife Federation, acquired St. Charles Pond and a forested area around it. This special place, which comprises 195 hectares, is complete with hiking trails and a boat launch, and is used by anglers, hunters, and hikers alike. And it will be conserved for generations as part of the Dingwells Mills Wildlife Management Area.

A commitment to conservation

Prince Edward Island has one of the strongest wetland conservation policies in Canada. When the province made plans to realign a section of highway near Cornwall, it committed to compensate for any wetland alteration that happened by restoring wetlands as close to the impacted areas as possible.

In 2019, Ducks Unlimited Canada worked with P.E.I.’s Department of Transportation, Infrastructure and Energy to restore three hectares within the highway right-of-way, and in 2020 we’ll restore another three more, including a salt-marsh meadows, and shallow-water marshes in the affected watersheds. This important work ensures there will be no net-loss of wetland habitat or ecological goods and services on the landscape, and it sets a high standard for wetland conservation in Canada.

Why did the black duck cross the road?

At the end of her nestcam broadcast, Lucy the black duck made sure to get her new brood to the restored wetland on the other side. Read Now

Watch Lucy, Charlottetown’s favourite black duck, live as she cares for her nest and prepares for her brood. Read Now

Ken Thomson honoured as DUC’s Volunteer of the Year for P.E.I. 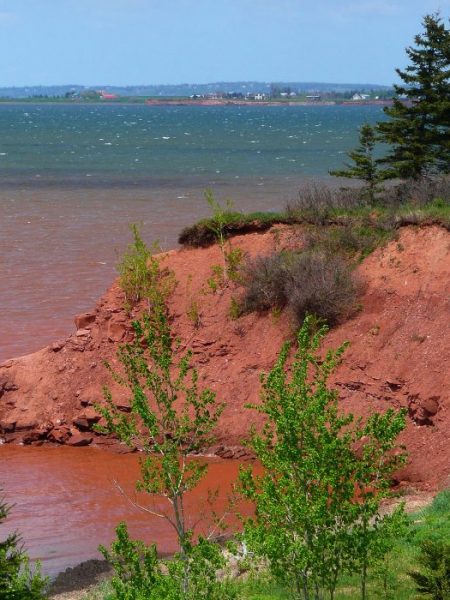