In between them, countless rivers, lakes and wetlands form a shimmering mosaic of blue that flows through northern Canada and into three oceans. Eighty five per cent of the nation’s wetlands are in the boreal forest. In huge swathes of the region, water covers more of the landscape than earth.

Wildlife rely on the boreal forest to survive. So do we. It moderates our climate and buffers us from droughts and floods. It stores and purifies an astonishing volume of fresh water. Until recently, relative isolation of the boreal has left it mostly intact. Now a remarkable conservation effort is needed to keep this vast ecosystem healthy. 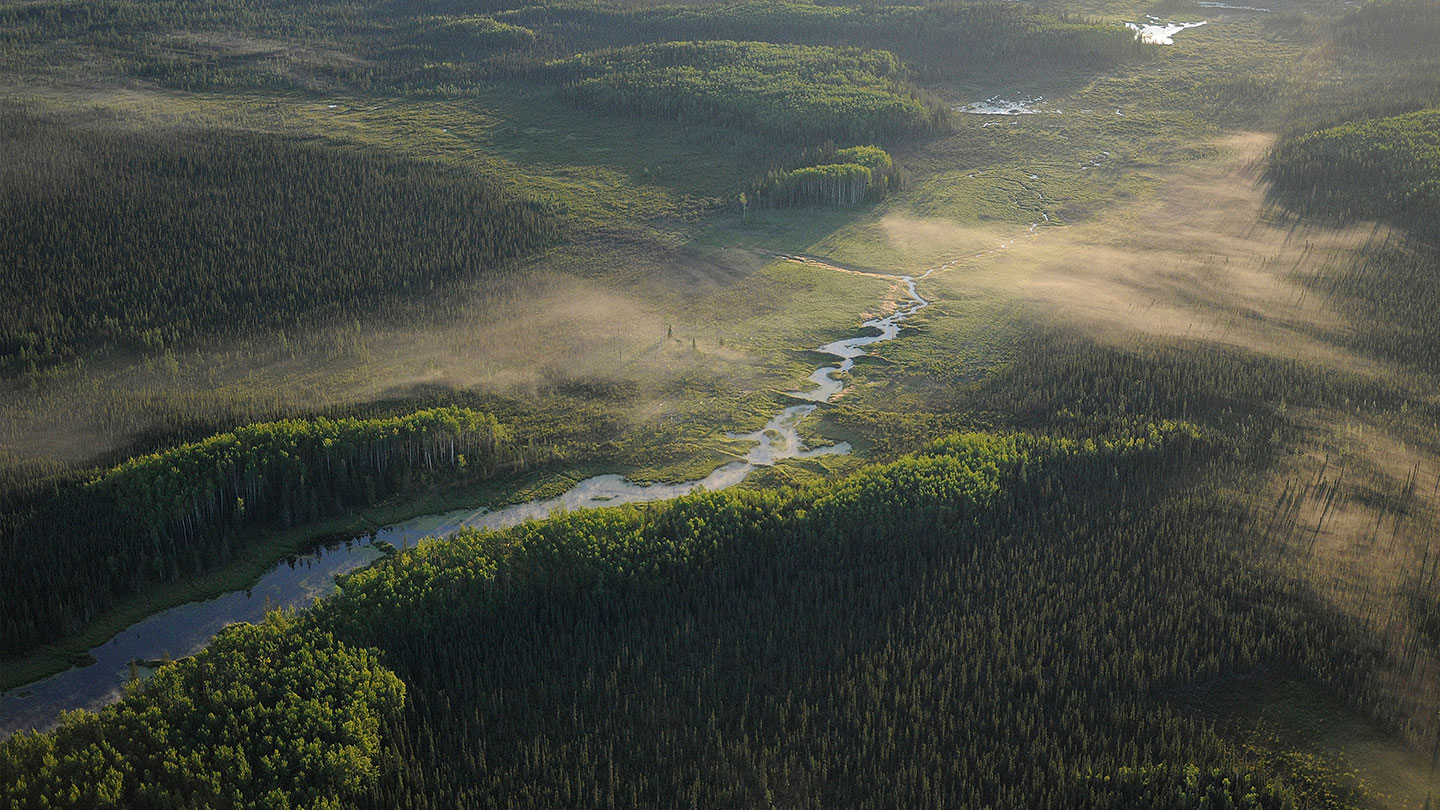 Maintaining a healthy boreal forest is our greatest conservation opportunity. Its benefits are witnessed far from the forest. They support waterfowl from all over North America, filter an immense amount of water and store millions of tonnes of carbon.

The boreal forest supports 23 different species of waterfowl. At least 10 of these have the majority of their breeding population in the region.

Boreal wetlands provide crucial breeding and nesting habitat for waterfowl. Priority areas like the Saskatchewan River Delta and the Hudson Bay Lowlands are hubs for migratory birds from all over the continent.

It’s hard to fathom the amount of water that passes through the wetlands of the boreal forest. Before it pours into the Pacific, Atlantic and Arctic oceans, it reaches northern communities that rely on it for drinking and recreation. Clean water is essential for healthy people and healthy ecosystems.

The boreal forest is home to species that have been wiped out of southern regions like threatened woodland caribou.

Canada’s boreal forest is home to 85 species of mammals, 130 species of fish and 300 species of birds. Woodland caribou dig through snow for lichens and mosses for food in the harsh northern winters, while billions of birds take flight towards the south.

Peatlands in the boreal forest store vast amounts of carbon, locking it in the ground and preventing it from contributing to climate change.

Globally, the boreal forest holds 455 billion tonnes of carbon, as much as 26 years’ worth of global emissions. Most of that is locked into boreal peatlands, which submerge decaying plants so they don’t break down fully and release carbon dioxide.

The effects of Human Activity

Though much of the boreal forest remains intact, development is expanding along its southern edges. Hydropower, oil and gas, forestry and mining industries and the communities they support rely on the boreal forest’s abundant natural resources. Ongoing research is needed to study the impacts of these changes to the land and water while conservation efforts minimize them. 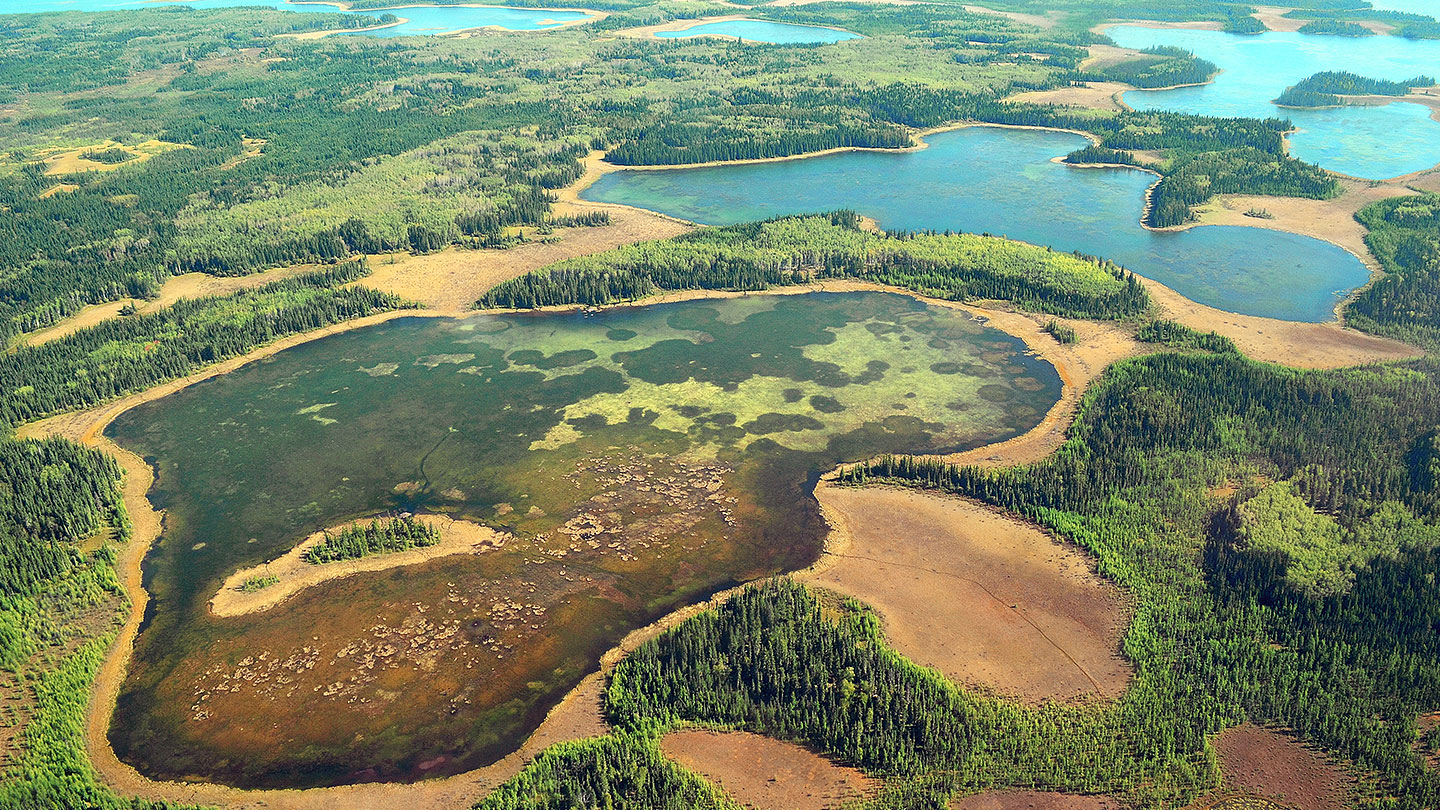 Our goal is to conserve 660 million acres of the boreal forest with a balance of protected areas and sustainable land use.

We work with a diverse array of partners in government, industry, Indigenous communities and other non-governmental organizations to conserve the boreal forest. Providing information and support to protect large, intact natural areas are critical parts of the solution. Helping communities and industry use best practices and conservation tools in the remaining areas will secure conservation across the region.

We take a collaborative, science-based, solutions-focused approach to working with companies in the boreal forest. We are proud to exchange expertise with these partners, and share the essential tools to support conservation, like wetland mapping, field guides and best management practices.

Blending science with traditional knowledge to map 77 million acres of wetlands, for the future for northern communities…and conservation.